How To Shoot a Neighborhood Christmas Video

I was asked recently by the board of a local HOA to shoot a video for them, capturing their:

The Treasure Hunt was a modified scavenger hunt whereas neighbors go around with a list and a map to try to find certain unique decorations in the neighborhood.  There would be a hot cocoa stand for participants.

The request was pretty vague – but they wanted to include some drone shots as well.  The rest was really up to my creativity.  They wanted a 2-3 minute video.  What I ended up with was about 5 minutes.

The full video is here:

I had never done a video like this before.  Mostly I do Real Estate Videos, but this uses similar gear and techniques.

I decided to do some drone shots, including a few awesome Hyperlapses on the days before and after the event of the neighborhood lights.  The hyperlapses are at the end of the video and I recommend checking them out.    If you want to learn Hyperlapse I recommend this video tutorial.

Here is a short clip of the Hyperlapse I did with my Mavic 2 Pro.

Holiday Hyperlapse with a Mavic 2 Pro – at Night from David Besnette on Vimeo.

The cold and snow presented a challenge, and really pushed how cold it can be for me to comfortably fly my drone.  I won’t fly if it is less than 15 degrees, and even that is pushing it.  However, I was able to pull it off.

I captured the video in full manual mode so I could really have control of the look.  The hyperlapse was inteneded to be the exciting end, or outro to the video.

The Hot Chocolate Stand was interesting.   I could have just gotten a few panning shots of the stand, and called it a day, but I wanted to really capture the spirit and emotions of the event.

I used a 50mm lens and really tried to get some close-ups, and B-roll of happy smiles, pouring the hot-chocolate, people interacting, Santa doing his thing and people interacting.   I was able to achieve this, and pepper in some wider shots of the stand, and people coming and going.

I used a wider lens for those shots.

I also used my Insta360 One X for a short timelapse that I set up to the side of the stand as I was shooting.  This added a real dynamic element to the whole video.

The HOA really wanted to capture the holiday lights around the neighborhood.   I took a walk up and down the streets and mostly used a 50mm, or a 70-200 lens.  I also used the drone to get some overhead video of the neighborhood.   I did include some still photos that I keyframed to make them more dynamic (moving).

holidaylights from David Besnette on Vimeo.

As I mentioned, holiday lights are wonderful, but can get boring and repetitive after a short while (to me, at least).    That’s where I had to pull out the creativity to keep people engaged and interested in the video.  To accomplish this I included:

This project all came down to timing, and time-management, and using my creativity to get unique shots.    Getting in close to peoples’ expressions, gestures and interactions was key.

Technical know-how was also helpful.  Knowing how to shoot in Manual Mode, and to edit videos properly (I use Adobe Premiere) is crucial too, and not something that can be quickly taught.   Learning these things require shooting and practicing – a lot.

Equipment is critical too, and unfortunately, not a lot of hobbyists have the gear that I have.    Using a solid tripod, great (and a variety of) lenses, a camera that can handle 15 degree weather, a drone, a 360 camera – these all had a part in the final product.

This type of video was slightly out of my ‘comfort zone’ but I accepted it as a challenge.   I normally shoot homes or buildings and not usually people.  However, the principles of great photography and videography apply here as they would just about anywhere else. 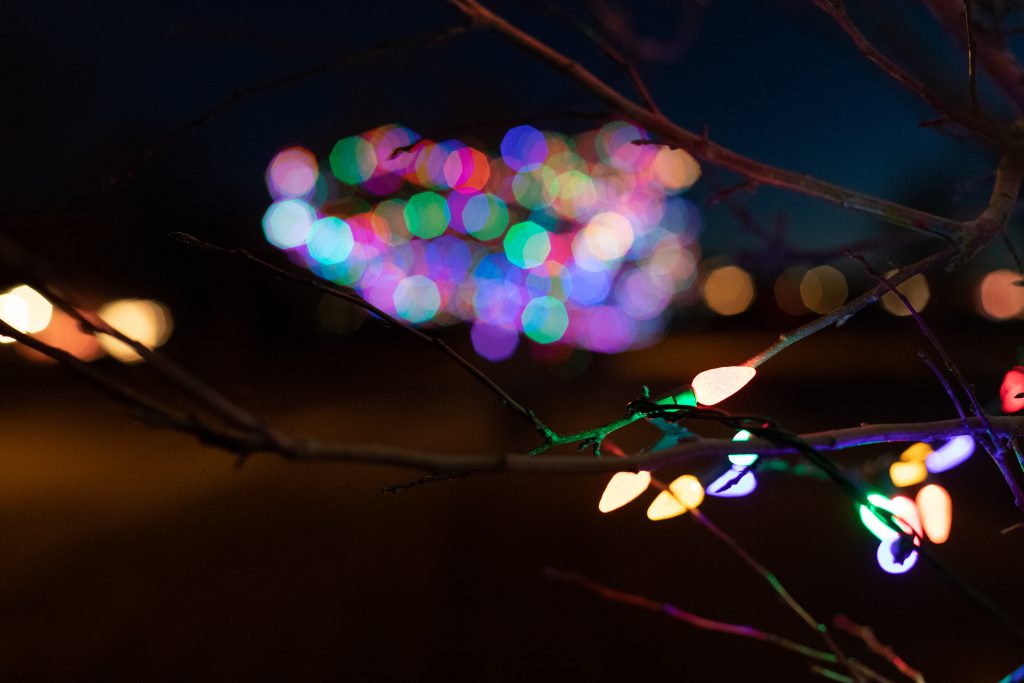 The hot chocolate helped too.

How would YOU shoot it?